The first kilometres of this Andalucía Bike Race by GARMIN will seek to break up the main group from the start due to several trails. Precisely the start will be from Torredelcampo in Jamilena direction, where they will be able to enjoy the endless trails of the Sierra de Jamilena, while heading to La Grana peak.

From there, the cyclists will look for Cerro de Santa Ana and its hermitage. After passing it, they will continue towards the Paraje de Cuestanegra on the slopes of Jabalcuz, which will link up with the Parque Periurbano de Jaén, known as El Neveral. From there, they’ll go down by el Castillo path to end up returning along the Vía Verde del Aceite de Oliva (Olive Oil Greenway) to the finish line.

This town of Jaén area will have the start of the stage, as well as an intermediate pass and the finish line to find out the firsts leaders of the race. 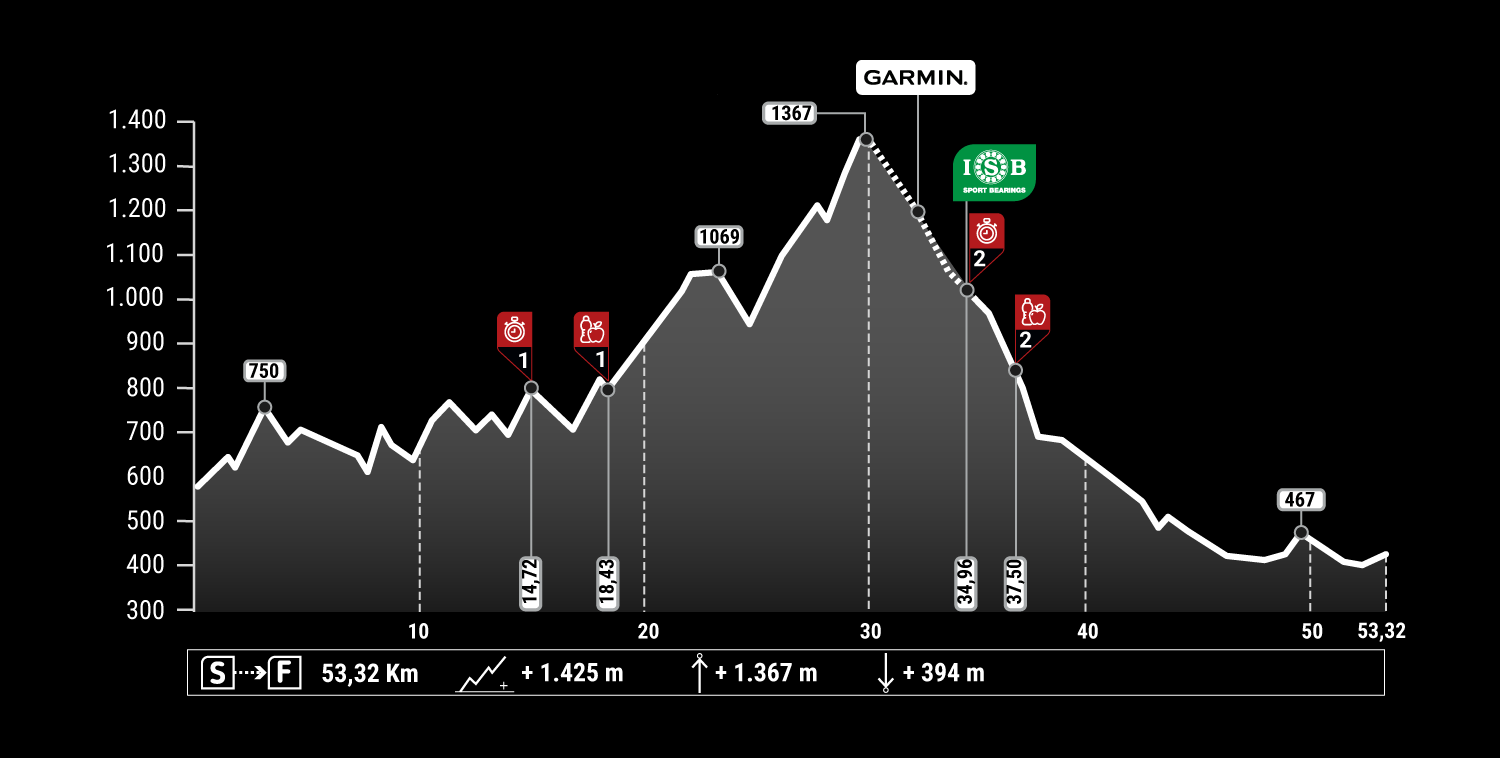 The second stage will take place on the Andalucia Day and will start from the Cathedral of Jaén, from where they will seek access to the Castle of Jaén to enjoy and suffer in equal parts of the environment of El Neveral. The first kilometres of the stage will again pass along the slopes of Jabalcuz looking for the paths of the Periurban Park with a continuous up and down to finish in El Pincho. The big novelty will be that it will be done in the down way, something that hasn’t happened since 2015. After the long descent by the Jabalcuz Greenway, they will reach the Fuente de La Peña. For history lovers, this is a washing place built in 1906 and recently rebuilt, becoming one of the mythical places of Jaén. From there, you will go down through the 'Puente Jontoya' neighborhood on your way to the finish line at the Olivo Arena. It will be a technical stage with a lot of trail, but very enjoyable.

The third stage will be another of the great novelties of this 13th edition. It will be a complete new stage, making it the longest stage in the province of Jaén. A day where technique and climbs will be the protagonists. Also it is going to be an important stage to say goodbye to Jaén in style, where the cyclists more given to the marathon will take a little advantage. A long stage, but where we will discover new areas that have not been seen before in any edition.

The start will again be from the Jaén Cathedral, but this time it will be in the Los Villares way, where you will enjoy the olive trees seas, so typical of Jaén. From the lower elevation of Los Villares they will climb up to the cave of Las Cimbras through different trails and fun sections towards Otiñar. From there, the cyclists will look for the Cañada de las Hazadillas, a natural environment that has become one of the most visited leisure areas by the people of Jaén. Once across, the next stop will be Puerto Alto, passing along the slopes of the Cerro de San Cristóbal to Puente Jontoya and returning to the Olivo Arena. 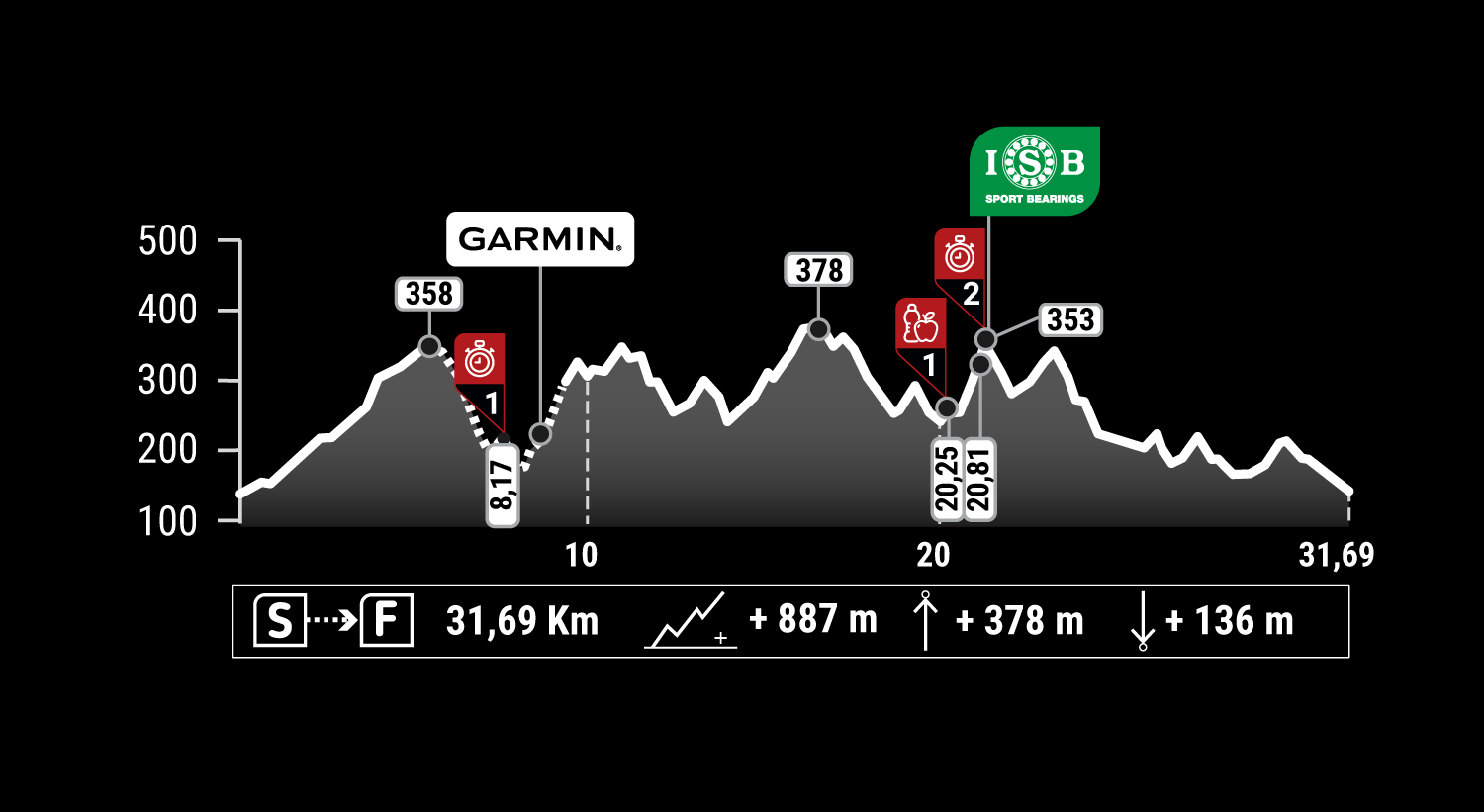 Time trial stage. A stage similar to last year's stage. A fast, nervous and demanding stage that leaves no respite, full of ups and downs. Those who push themselves too hard at the beginning will end up paying for it at the end of the stage.
We leave the Villafranca de Córdoba fairgrounds and head towards the Parador de Fuenteagria (a small rural hostel), from there we climb through an area of trails where the highlight is the Subida de Los Rafaeles, through some sections of trails with a track. After Los Rafaeles we go up to the heliport, towards an area of trails known as 'la Casa del Chiquito' and the ascent of 'La Risa'. The 'La Risa' climb, as its name suggests, is a mythical climb in Villafranca de Córdoba with a steep gradient, known for its steepness.
Once we have completed the climb, we will go down the path of Los Ladrones and Cordel de Villanueva, a path that was used in the past to go from one village to another, a short stretch that will allow you to take a short break before reaching the finish line.

The first of the two stages in Cordoba will be similar to last year's, but not exactly the same. It will start from Cordoba into Almodovar’s way towards La Canchuela. From there, a new section called 'La Cuesta del Hielo', recovered from the first editions, will start. After a downhill section and along a path, in the direction of Trasierra, the first refreshment point will be located. The next stop will be the 'Fuente de Elefantes' and the 'Jardinito' area, to go down the Vereda de Trasierra through the incredible Bosque de Fangorn.

Riders will cross the wooden bridge in direction of Cordoba city, looking for the mythical climb of El Reventón. It will go towards the Golf Club and Cerro Muriano to go down the incredible Loma de los Escalones and end up arriving at the Parque de la Asomadilla. 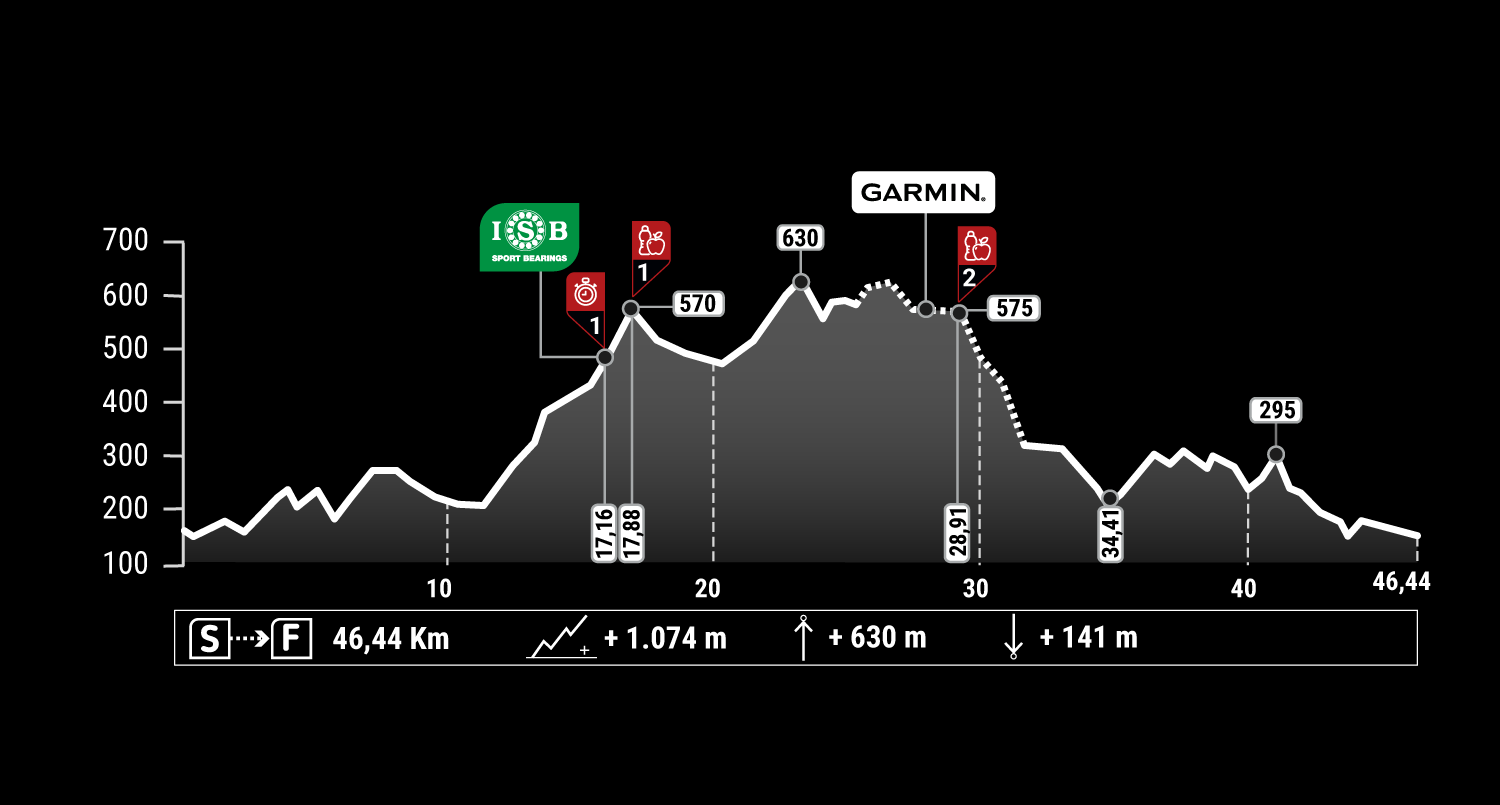 A short but intense for a happy ending. Riders will leave el Parque de la Asomadilla into the Loma de los Escalones way to climb the classic climb of Arrastraculos. From there and in Los Villares climb, riders will go down Los Morales to go into the amusement park of Santo Domingo.

An area full of trails where enjoyment is guaranteed. From Santo Domingo and downhill, cyclist will reach the finish line in the Parque de la Asomadilla. This is a short stage, only 44k long with lots of trails and from kilometer 27 to the finish line it will be practically all downhill through trails. A fast stage to enjoy and to be crowned finisher.

Six stages, 336 kilometers and almost 10,000 meters of climbing to discover the new winners of the Andalucía Bike Race by GARMIN.